+My Gallery
Next: Developing a Trade Show Budget 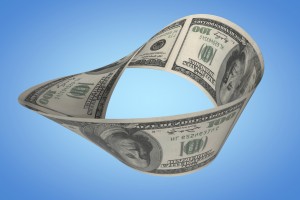 We are creatures of habit. Why change what's working? I've learned over the years that trade show marketing tends to follow the same well-traveled road for most companies. Same shows. Similar booths. Little change to the exhibit staffing. Common frustrations year after year. It costs too much, and there are too few quality leads.

Recently, I chatted with a West Coast seafood broker who exhibits at two shows a year. They do no pre-show marketing. Post-show marketing consists of a few phone calls and emails. Their graphics changed two years ago, but not much. Before the show this year, he asked me for advice. I offered tips about his graphics, about contacting his client database, and about including several customer service employees to the booth staff. Basic stuff. He contemplated changing a header graphic. Then ran out of time and did nothing different, except tell a mutual acquaintance that he "upped his trade show marketing program this time."

If you played with a mobius strip as a child, you know it's the illusion of progress because you start and end at the same point. Not surprisingly, it's the Mobius-style exhibitors who grumble the most about their meager ROI, while telling everyone about the costly changes they made. I've lost my patience with those folks. For everyone else, you can change your trade show marketing. I have faith. Here's my advice to a brighter trade show future by taking a few baby steps. 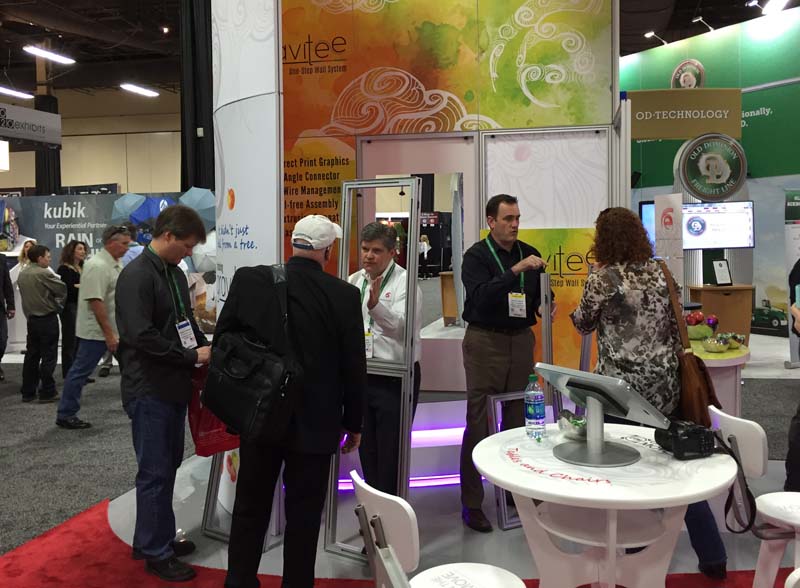 1. Cross the Line: You'll never know if you've crossed the line... unless you cross the line once in a while. It could be a bold display structure, a new marketing campaign, or a social media message. I've found that whenever I cross the line, my team will guide me back to it, but just barely. That way we always test the limits of our marketing and learn what works and what doesn't.

2. Ask an Expert: Ask for advice. Too many sales and marketing professionals think they understand trade show marketing. They don't. That's not to say they don't understand marketing. They do. They just don't realize that not all marketing is the same. These are the same people who would consult with half-a-dozen banner ad experts before placing their first online ad, but would go it alone with a $300,000 trade show spend.

3. Know Your People: Two types of staffers should be in your booth: Decision-makers and anyone who was a superstar at their first fast food, retail, or call center job. Anyone else won't give you their best and will probably derailed those who want the show to be successful. If you had a time-elapse camera during the show, you would see them show up late, not approach attendees, and take a one-hour lunch during a four-hour show.

4. Know the Show: Get to know the show organizers. They want you to succeed because they want the show to succeed. They may have pre-show marketing tips, advice for connecting at the show, post-show analytics, or even some general suggestions about what works and what doesn't work. They know the best spots on the show floor, which sometimes may not seem like winners, but work because they're next to the lounge or a busy show floor intersection.

5. Know the Exhibitors: Get to the show early and walk the floor. Better yet, walk with someone and compare notes. Talk to other exhibitors. The ones who arrive early are serious about trade show marketing. They are cleaning, organizing, and (like you) looking for opportunities to learn about their industry and trade shows.

6. Ask the Labor Crew: It never ceases to surprise me when exhibitors don't ask the labor crew for advice. Labor spends their days wrestling with the decisions that exhibitors make. They, more than anyone else, know how to get from point A to point Z by skipping half the alphabet in the show hall. They still have rules to follow, but they know which ones can be bent a little. If nothing else, ask them to share with you what the really good exhibitors do. In addition, they can tell you the exhibit builders that shine and the ones that make their lives miserable. They'll even share with you trends they're seeing. They assemble displays every day and hear from the successful and not-so successful exhibitors.